We have estimated the effect of the carbon fiber lining for the start counter support structure on the efficiency for detection for protons. Four reactions of the form

The material budget is summarized as follows: 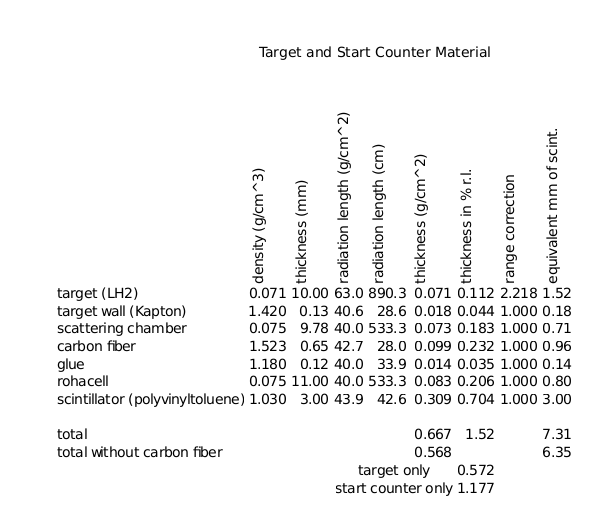 For each reaction, two detector conditions were considered:

For each reaction, two definitions of "detected" were considered:

Range and energy loss were calculated using the Range package. All relevant polar angles were considered. The effect of the magnetic field was not included in this estimate.

Two plots are shown for each reaction:

The colors indicate the definition of "detected" and the absence/presence of the carbon fiber:

Integrated over all angles, the various definitions of detection and detector configurations give: