In recent months we have run out of space on our works disk from time to time. We would like request more space. Clearly more would help right away. Since a bright-line distinction between enough and not enough space is always difficult to make we have estimated how our demand will grow for the next few years.

To estimate the work disk we will need we make the following assumptions: 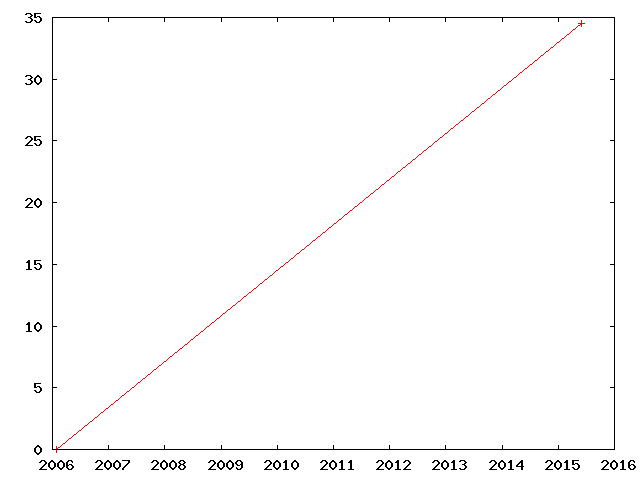 The figure shows the projected need with these assumptions. The x-axis is time (the labels indicate the beginning of the calendar year) and the y-axis is disk space in terabytes. According to this estimate we should be at roughly 12 TB of space at this writing (May 2009). Our current allocation is 2.7 TB. We request that this be increased to 5 TB as soon as possible and that increase the total to about 10 TB by the end of the year.