Back to Background Rate Studies

The maximum of 100 hits you mention is per anode wire or per cathode strip, not for entire planes or packages. This is OK because more than 100 hits on a single wire or strip would make it unable to provide a reliable drift time. Hits beyond this limit per wire or strip do not produce an error in the simulation, they are simply dropped from the event record. [rtj]

That is because the units for the strips are in pC. This is different from the anode wire pulse heights (GeV energy deposition) and also cdc straw pulse heights (GeV deposition) because a detailed model is used to compute the sharing of charge across the strips that includes multi-Poisson fluctuations. The output record has now been changed to denote the strip pulse height by the variable "q" instead of "dE" to make this fact explicit. [rtj] 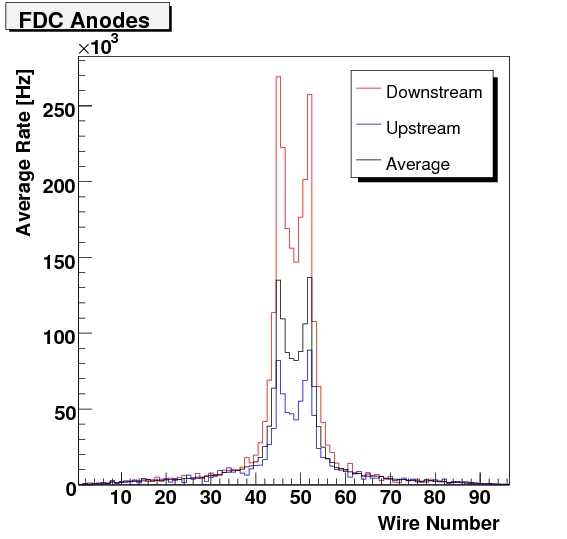 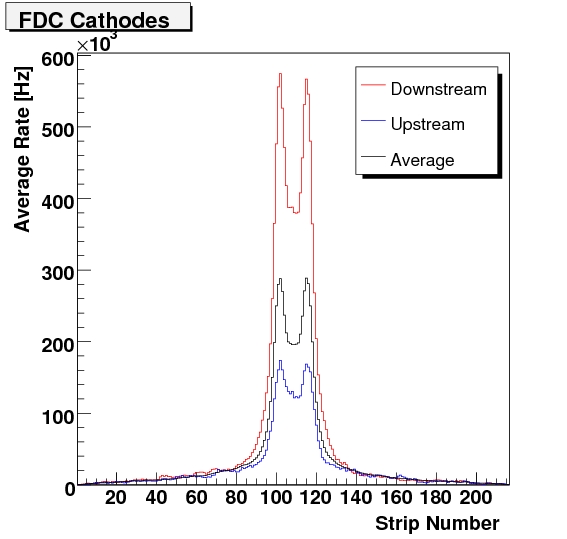 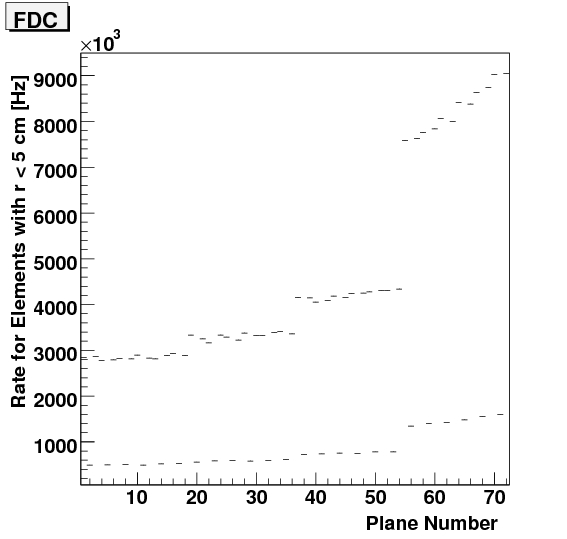 A plot of the rate within 5 cm of the beam axis as a function of the plane number if the FDC. Planes for which N%3 == 2 are anodes, all other planes are cathodes. The notable increase in rate for the downstream chambers could be due to opening of charged particles in the relatively weaker field. 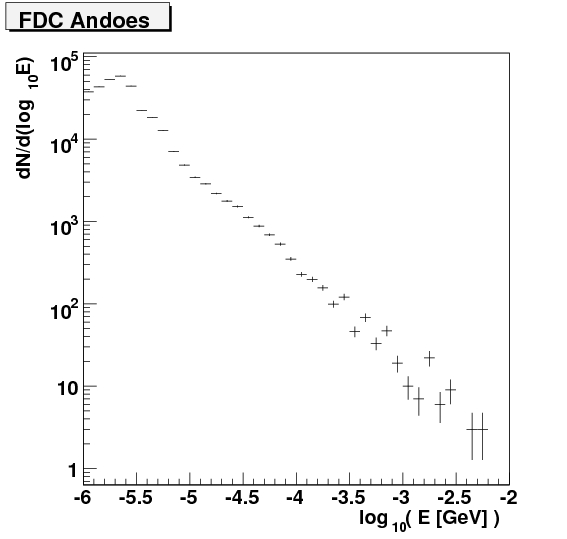 A double-log plot of the energy of all hits on anode wires in the FDC. The spectrum cuts off at 1 keV due to the GEANT threshold. 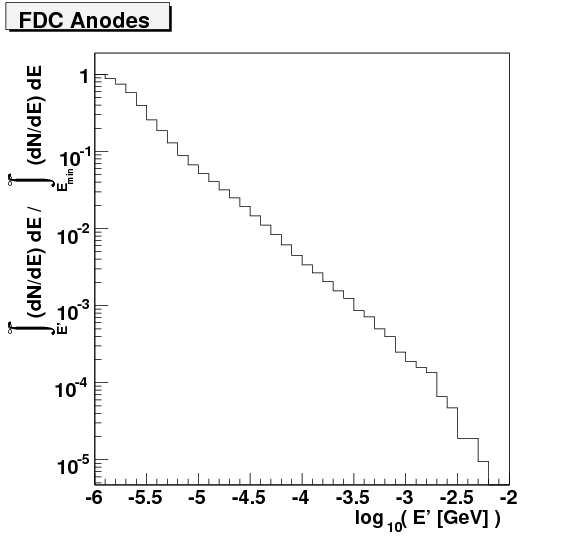 The integral of the plot above. 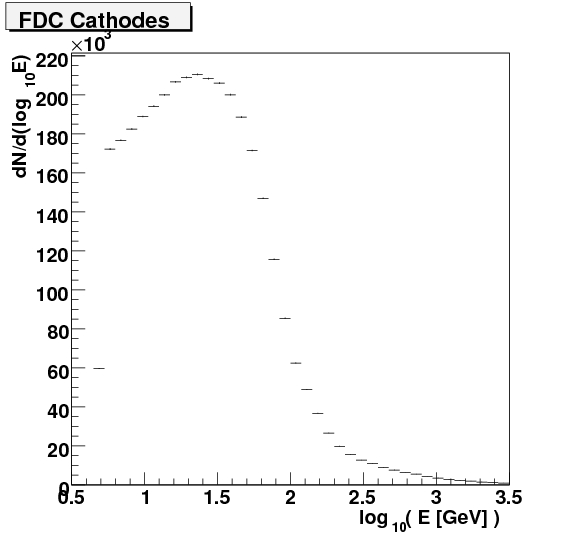 A double-log plot of the energy of all hits on cathode strips in the FDC. This looks buggy or else the units aren't quite as advertised. 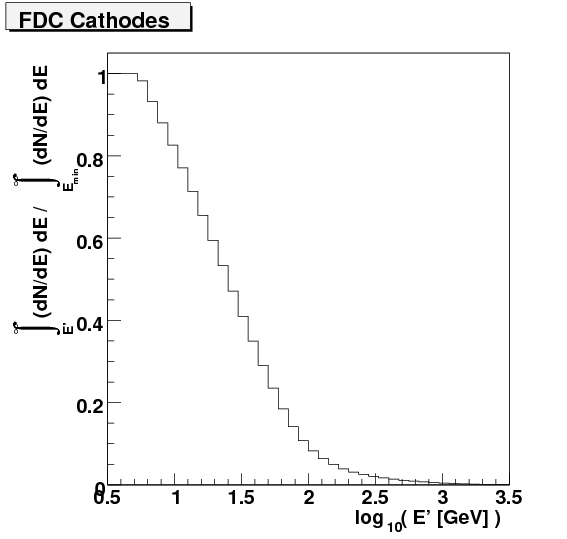 The integral of the plot above.
Retrieved from "https://halldweb1.jlab.org/wiki/index.php?title=FDC_Backgrounds&oldid=3771"