Back to Background Rate Studies

You can check this by plotting the total energy deposition per straw vs layer number, instead of the hit rate. If the enhancement in the stereo layers is just due to background tracks running along the field lines then it should disappear in the energy plot, because the same energy is just concentrated in fewer straws in the straight layers than in the stereo ones. In the bottom two plots below I show the unweighted (agrees with Matt's plot) and energy-weighted straw hit distributions. As predicted, the energy-weighted distribution shows no enhancement in the stereo layers. This demonstrates that the effect is due to charged particle background preferentially traveling parallel to the magnetic field lines. [rtj]

This was a bug in the hdds geometry, due to a typographical error in the xml source document. The fix has been checked into the central repository. [rtj] 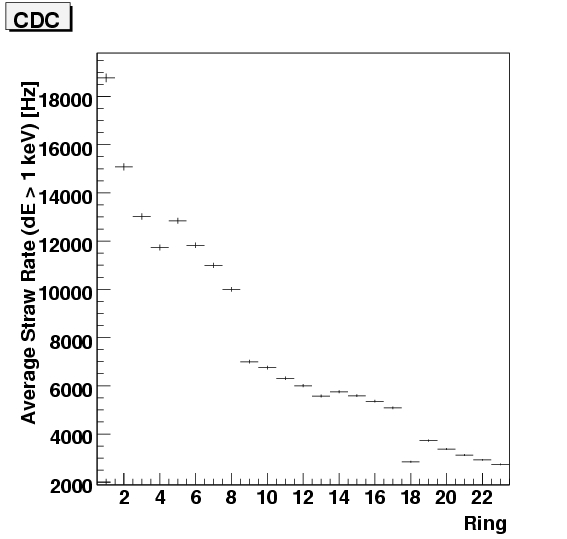 The average background rate per straw in Hz as a function of ring number in the CDC. 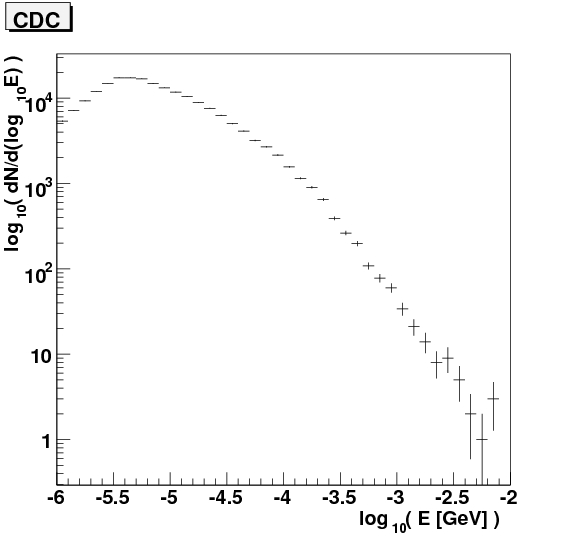 A double-log plot of the energy of all hits in the CDC. The spectrum cuts off at 1 keV due to the GEANT threshold. 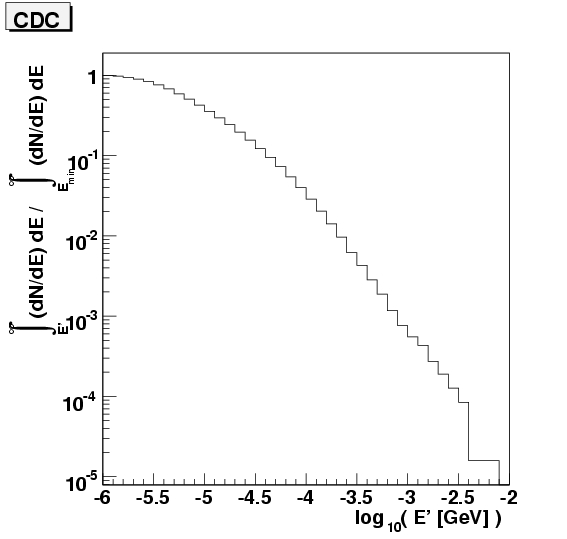 The integral of the energy spectrum above. Plotted on the y axis is the fraction of the spectrum above the corresponding x axis cutoff.

tags/s. This plot shows the same enhanced rates in the stereo layers as was observed by Matt.

The same CDC hit data as shown in the above plot, but weighted this time by the energy of the hit. If the stereo layer enhancement just comes from tracks moving along the field lines going through several stereo straws then the stereo layers should not stand out in this plot. They do not, so the enhancement can be understood in this way.
Retrieved from "https://halldweb1.jlab.org/wiki/index.php?title=CDC_Backgrounds&oldid=3770"